For Your Inspiration #25 - blue and orange

It's time for For Your Inspiration Challenge #25! The photo inspiration looks like it is from Greece, those beautiful white walls and blue roofs. And we get sunset thrown in as well. 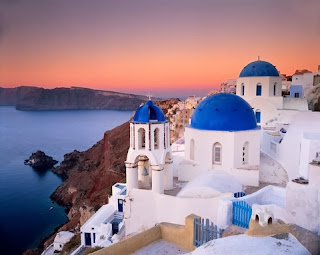 Our March sponsor is Your Next Stamp. All participants at For Your Inspiration Challenge #25 get 15% discount off their next order. Their stamps are absolutely lovely, lots of cute images to choose from. The code for the discount is over on FYI, to collect when you link up your entry. :-)

The inspiration I took from the photograph this week was blue, white, and orange. As soon as I thought of that colour combination, I was thinking a fun kids' card. So that is what I made. 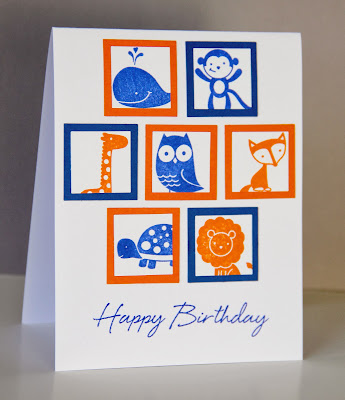 Fox and Friends (Stampin' Up!) are having a party!

Once I'd finished this card, I thought I ought to find a little Dutch boy to give it to. I'll tell you why (bear with me while I give you a small history of Brisbane football (soccer). I don't know much about Brisbane football history, so some of my facts may be wrong, LOL!

Suddenly, overnight (or it felt like that at the time) the little soccer club in Richlands turned into a mega, super-duper, fully-fledged football club with their colours (blue and orange) blazing in all their glory. It's amazing what a little money will do for a sporting club. The club was excellent - the food was great, they had child-minding so you could relax, they had a cafe for coffee and cake, as well as the usual gaming machines. This is when I learned all about football clubs in Brisbane. The orange and blue blazing all over the new club reflected the Dutch heritage of the team. Orange is the Dutch national colour and the colour of the royal family (their flag is red, white, and blue). The Royal Standard is orange and blue. Other teams in Brisbane were other nationalities, and other equally bright colours. 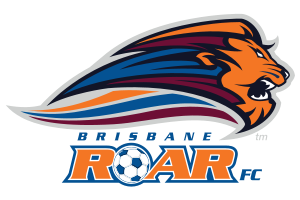 Queensland Roar (managed originally by Queensland Lions) became a professional team in the new A-League national competition, and a few years later changed their name to Brisbane Roar (because there were now two more Qld teams), and in the 2011 season saw them win 36 times in a row to take out their first Premiership and Championship.

Thanks for coming by to visit, it's always lovely to have you drop in.

Email ThisBlogThis!Share to TwitterShare to FacebookShare to Pinterest
Labels: For Your Inspiration, Fox and Friends

A fabulous kid's card Michelle - love those cute images and the inventive way you've used them.
Thanks so much for the warm welcome to the Team (that's the FYI team of course - not the Football team)!!!
Sylvia x

Aww, this is too stinkin cute!! Love the images and your use of the colors. Well done my friend!

This is so cute, Michelle! What a great way to use all those little critters.

awesome CAS kids card! The colors in the FYI picture are gorgeous.

I was so confused (not hard to do) about the football references - I wish the U.S. would all call football "soccer" and football "dumb cult sport". Just for uniformity and appropriateness.

What is a football club? A sports bar?

Fun take with the inspiration!!

That's what I find so intriguing about photo inspiration challenges, is crafters interpretations...I so wasn't expecting to see cute animals on your card! They are so sweet and I love how you used the vibrant colours :0)
Jenny x

This is just so cute and creative! Love it!

Your card is adorable! Love the fun colours and boxes. I have that set and have never inked it up - I think it's time I rectify that situation. :)
And I'm gonna have to read your football story again later - it was too much to take in at 7am! LOL! :)